Khaldei, "Raising the Red Flag over the Reichstag."

Relevant Links
Socialist Realism  Nailya Alexander Gallery. Photographers and photographs from the 1930’s-1950’s artistic movement which glorified the achievements of the new Soviet state and idealized the socialist lifestyle. 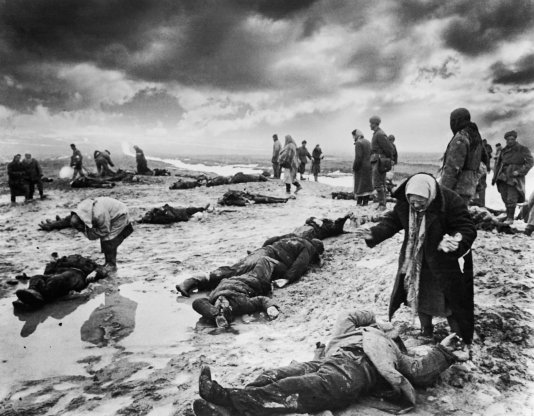