Relevant Links
Righteous Among Our Nation  Chaya Glasner, Jewish Ideas Daily. Holocaust museums generally omit the 200 Jewish organizations within and outside Nazi-occupied Europe that rescued fellow Jews from the Nazis.  Why?
Redeeming Kasztner  Ralph Blumenthal, New York Times. Hungarian Jew Rudolf Kasztner was once reviled as a collaborator.  Now he is recognized as a hero for saving thousands of Jewish lives. 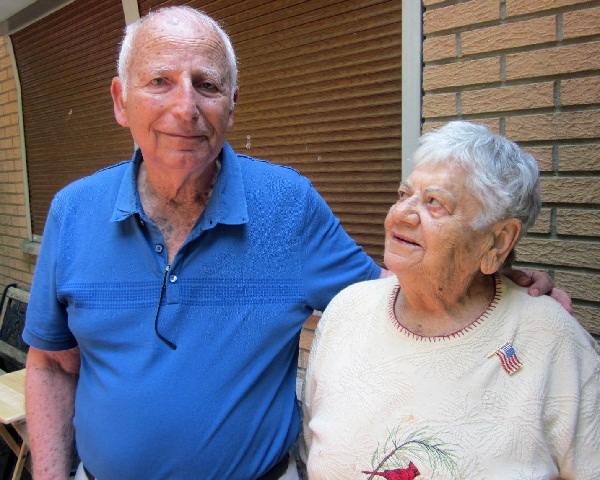 Mel Farber on January 25, 2013 at 10:16 am (Reply)
What an inspiring piece.
Jerry Blaz on January 26, 2013 at 8:14 pm (Reply)
I knew of Rudolf Kasztner from his trial, the not guilty verdict, and his subsequent assassination by zealots, many of whose ideas are manifest on the political right of Israel today. I've never asked this question, but here we have a story of two people, Berta and Meir. Where would they have been were it not for the work of Rudolf Kasztner? Would that we had enough Rudolf Kasztners then to save some trainloads of Jews here and some trainloads of Jews there from dying in the Holocaust. I'm certain that among the nameless and faceless victims of the Nazi murder machine there are many other potential Bertas and Meirs that did not get to live to their senior years.
Doreen Rappaport on January 30, 2013 at 10:04 am (Reply)
Oops, I tried leaving this before. I don't think it got posted. if it did and it's repetitious, forgive me. But even if it's repetitious. I thank you Chaya Glasner for introducing us to this wonderful woman. I have been researching stories of Jewish rescuers and resisters for the last six years and have written about many of them in my book, Beyond Courage: The Untold Story of Jewish Resistance, but I never learned about Chaya Glasner, and I'm so happy to learn. We all have to keep informing people of the courageous young Jewish men and women who rescued others during the Holocaust, some of whom lost their lives doing so.