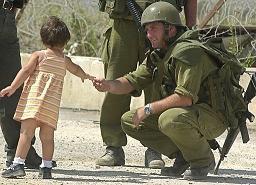 Friday, December 4, 2009 | Jewish Ideas Daily » Daily Features
The Goldstone Report on Israel’s conduct in the Gaza war, endorsed by the UN General Assembly on November 5, has taken on a life of its own in the court of world public opinion. Increasingly, both its enthusiasts and its detractors see it as a weapon, even more potent than the UN’s Zionism-Racism resolution of November 1975, in a campaign to render illegitimate the very existence of the state of Israel. So loud has the drumbeat over the Report become, and so widening its repercussions, that an entire website—cited in the first item below—is needed to collect the facts and to...
Page 36 of 36« First«...1020...3233343536
Editors' Picks
Policy Repercussions David Makovsky, Washington Institute. How will Israel's new national unity government pursue policy vis-à-vis domestic issues, Iran, the Palestinians, and U.S.-Israel relations?
Civil Marriage Coming to Israel? Joshua Hammerman, Times of Israel. Israeli opinion on gay marriage appears to be liberalizing, and Obama's endorsement of same-sex marriage has already sparked debate in the Knesset.
The Real Opportunity at Hand Dov Lipman, Jerusalem Post. A stable coalition without the ultra-Orthodox parties means that now there is a real chance for change in Israel's policies toward Haredim.
Press Aftershocks Yossi Nachemi, Times of Israel. The Israeli press has recovered from the surprise announcement of a unity government deal between Likud and Kadima. Now they're grappling with the new political reality.
Taba via Trouble Yuval Ben-Ami, +972. Disregarding Israel's severe travel warning, one journalist ventures—with his camera—into the Sinai Peninsula. (Photographs)
What Next for Netanyahu? David Horovitz, Times of Israel. Just before his colleagues were set to vote the 18th Knesset into history, the prime minister achieved something that he and his supporters will doubtless depict as a political masterstroke. Was it?
Foolish, but Consistent Elli Fischer, Times of Israel. There are groups that advocate for allowing Jews to pray on the Temple Mount and there are groups that advocate for freedom of worship at the Kotel. But each group views these "rights" selectively.
The Measure of Marx Shlomo Avineri, Jewish Review of Books. "Rather than focus on biblical sources, I decided to alert [UNESCO] to the fact that there has been a Jewish majority in Jerusalem since the 1850s, before the emergence of Zionism." According to whom? Karl Marx.
Cancelling Conversions Shlomo Brody, Jerusalem Post. Fraud? Sin? A romantic link to a Gentile? Under what circumstances can a conversion to Judaism be annulled?
TV and the War on Terror Tom Streithorst, Prospect. Homeland is a hit not only with the press but with the president—though unlike the Israeli show on which it is based, it doesn't have a clue about terrorism, national security, Iraq, or the CIA.