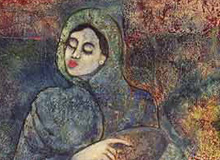 From beginning to end, this week's reading offers a catalog of value-laden statements about how the ancient Israelites were to become a good people.

But because many of these commandments address a world that oscillated between nomadic and agrarian, a world that saw women as chattel, it's too easy to miss the larger meaning. Almost all the commandments are, at heart, about human dignity, and their overall effect is to place the individual on a higher pedestal than anything known in the ancient world.

Most of the commandments are aimed at extreme cases, safeguarding the dignity of the lowliest members of society.

First, the poor. Few things in life are as damaging to dignity as poverty. The poor are subject to the fear of creditors and of the future, the shame of relying on favors, and the panic and reversion to our animalistic survival instincts. While the Torah concedes that poverty itself can never be eradicated ("for the poor shall not disappear from the earth," Deuteronomy 15:11), this week's reading offers a reminder that if we can't solve poverty, at least we can minimize its indignities. We are forbidden from taking advantage of poor people's desperation by charging interest, or forcing them to sleep uncovered because we've taken their clothes as collateral. When we come to take their pledge, we must respect the privacy of their home, waiting outside rather than barging in on them. If they wander among our crops to find food, we must let them eat rather than making them beg for food. And we must pay a day laborer on the day he works, rather than making him wait and worry.

Second, women. In a world where muscle mattered most, guarding the honor of women was a crucial way of enshrining human dignity in general. So we find a string of laws protecting women against defamation (such as a husband's trying to get out of a marriage by claiming that his wife-to-be wasn't a virgin), wartime rape (by forcing the rapist to marry the woman and support her) and wife-swapping (by banning remarrying a woman who had married and divorced a different man in the interim).

Third, criminals. For a society seeking order, nothing is more tempting than to use the body of an executed criminal as an enduring symbol of what happens when one runs afoul of the authorities. Indeed, in some countries today it's still common to see hanging bodies. Yet the Torah places strict limits on this, insisting that even capital criminals deserve dignity and a quick burial—"for a hanging body is a curse to God." For lesser criminals, too, there are strict limits on punishment, such as the law that lashes cannot exceed a nonlethal forty—not so much out of a sense of mercy, but of dignity: "lest your brother become vile in your eyes."

Again, some of these laws today seem outdated, and some of them self-evident to the point of absurd (such as the obligation to go outside the military camp in order to defecate, taking a shovel with you). Yet we are lucky to live in a world where dignity is self-evident and privacy is grounded in law, and we should never make light of our ancient teachings that helped us get here—and that continue to guide us.

In not only celebrating liberty but also enshrining it in law and the notion of "unalienable rights," modern democracy has taken strides that go beyond the Torah's specific laws in safeguarding this idea of human dignity. For centuries now, we have prided ourselves on knowing what for ancient Israelites, raised in the pharaonic slave machine, may have been a radical idea: that every one of us, created in the image of God, deserves a measure of honor, privacy, and dignity.