Shoftim: The Apotheosis of Justice 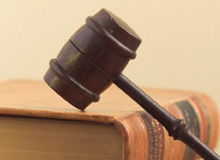 This week's portion, Shoftim ("judges"), begins with an exhortation to pursue justice: "justice, justice shall you pursue" (16:20). This is followed immediately by a prohibition against planting an idolatrous tree (asherah, v. 21) or raising an idolatrous monument (matzevah, v. 22). Although these verses seem unrelated to each other, biblical commentators presume a connection between the adjacent verses, reflecting, essentially, an apotheosis; a deification of justice and its pursuit.

Maimonides (1135–1204), who himself served as a communal judge in Egypt, expounds on this concept:

Whoever appoints an inappropriate judge in Israel is as though he raised an idolatrous monument, and if there are scholars available to serve, it is as though he planted an idolatrous tree. So did our sages proclaim: "Do not make before me deities of silver" (Exodus 20:20) . . . this refers to a judge who owes his appointment to his wealth alone."  —Laws of the Sanhedrin 3:8

In other words, if judges are considered deities, then conversely, appointing an unfit judge is the equivalent of erecting an idol.

This equation of a judge with a deity, however overstated it may appear, is actually well in keeping with rabbinic lore. The Midrash Tanhuma proclaims that "every judge who adjudicates according to the quintessential truth is regarded by Scripture as though he were a partner with God in creation."

In Tur Hoshen Mishpat, one of the foundational texts of halakhic jurisprudence, Rabbi Jacob ben Asher (1269–1343) explains why a virtuous judge is essentially God's apotheistic partner:

This is the intention of our rabbis: The Holy One, blessed be He, created the world to endure, while evildoers, who rob and steal, destroy the world through their actions . . . Therefore, a judge who represses the wicked, retrieves their ill-gotten gains and restores them to their victims, sustains the world and causes God's purpose of its endurance to be fulfilled.
Therefore, he is said to be His partner in creation.

The emphasis the Torah places on the proper administration of justice returns us to the verse "justice, justice shall you pursue." This verse is presented as the prerequisite to: "that you may live to inherit the land that the Lord, your God, is giving you" (16:20; cf. also 17:8 ff.). The linkage is logical: Since justice is a singularly divine practice and the Land of Israel is the singular locale for divine service, the implementation of justice in the Land of Israel does more to advance God's intentions of an enduring world than does its practice elsewhere.

So crucial is the connection between just behavior and the land that the Tur explains that "the only reason Jerusalem was destroyed and Israel exiled was their abolition of justice."

An exceptional opportunity to adjudicate "according to the quintessential truth" in the Land of Israel occurred barely twenty years ago. The case of Nazi war criminal Ivan Demjanjuk, found guilty of crimes against the Jewish people and against humanity, was brought on appeal to the Supreme Court of the State of Israel. The court, basing itself on a singular understanding of "reasonable doubt," defied expectations and found the accused not guilty. An official Israeli government summary of that case includes the following concluding paragraph:

In the result, the "Watchman" Ivan Demjanjuk is acquitted, by reason of doubt, of the outrageous crimes attributed to Ivan the Terrible of Treblinka. Judges, who are only human, cannot reach perfection, and it is only right that they judge on the basis of what is placed before them, and on that basis alone.

Poignantly, Justice Menachem Elon's account of the adjudication is entitled "Justice, justice shall you pursue."