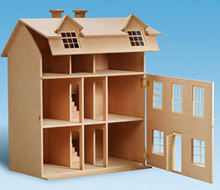 Suppose you had super powers.

If you had such powers . . . what would you be looking for in the way of home furnishings?

That is the question answered by this week's portion, in which God instructs Moses to tell the Israelites to gather materials and "make Me a sanctuary that I may dwell among them" (Exodus 25:8).  (In a couple of weeks, it will become clear to God that He needs to hire a professional decorator—Bezalel, son of Uri son of Hur, of the tribe of Judah, after whom Israel's most famous art school is named.)  Yakov Meir calls this sanctuary "a project that is much more radical than all the miracles that have been depicted up until now, entailing construction of God's house on earth."  God has chosen the family of His friend Abraham to be His long-term human companions, and they must build a suitable residence for Him.  Not content to wait until the Israelites actually get to Canaan and build a temple, God wants a "Tabernacle"—in Hebrew, a mishkan, a "dwelling place"—and He wants it now.

The Tabernacle is the topic of all but three chapters of the rest of the book of Exodus: first the instructions for building and furnishing it, and then (after the interlude of Exodus 32–34) the actual construction of it.  Its completion, and God's arrival to take up residence, provide the climax of the book.  The Israelites are still a long way from home, but the story of the exodus is complete when God moves into His home.

Given that this Tabernacle must accompany the Israelites on their journey, it is not a permanent house but a tent that can be dismantled, transported, and set up again quickly at a new location.  Nonetheless, it is to be made of the richest materials: gold and silver, acacia wood, fine linen, even "dolphin skin."  But what does it contain?

In fact, it contains more or less what we would expect to find in a house made by a well-to-do Israelite for a holy personage, as we learn from the biblical story of the prophet Elisha:

One day Elisha passed through Shunem.  There was a well-to-do woman there who insisted he stop in for a meal.  Eventually he would stop in for a meal whenever he passed by.  The woman said to her husband,  "I know he is a holy man of God, and he passes this way all the time.  Let us add on a little room on the second floor and put a bed, a table, a chair, and a lampstand there for him, so that he can stay there whenever he visits us."  (2 Kings 4:8–10)

It is not quite so obvious—the word is never used in plain Hebrew—but the Tabernacle has a chair as well, and a dramatic one, as befits the Creator of the Universe.  It is not so much a chair as a throne (and that is what the Hebrew word used by the woman from Shunem means everywhere else it is found in the Bible).  Unlike the table and the lampstand, it is inside the Holy of Holies rather than in the outer room; for it is formed by the cover of the Ark, the gold-plated wooden box containing the Tablets of the Covenant, and the mysterious creatures, the cherubim, who spread out their wings over it.  The God who cannot be represented by an image of any creature on land, in the sea, or in the air, is given a dramatic, empty throne to serve as His home on earth.

Just one thing is missing in the Tabernacle from the furniture provided for Elisha.  There is a table, a chair, and a lampstand—but no bed.

It will not be necessary.  "The guardian of Israel neither slumbers nor sleeps" (Psalms 121:4).