You Only Live Twice

European Judaism looks healthy, and secure. And yet, the majority of European Jews, seconded by many Jewish and non-Jewish experts, insist that catastrophe may lie ahead. Read in full on Mosaic.

Religion and State in Israel

I want to make an argument for limiting the role of the Israeli state in maintaining Jewish institutions. I do so, however, as one who wishes to see an expansion of the influence of traditional Judaism in the Israeli public square. Read in full on Mosaic.

Mosaic has launched!  Read an extract from our inaugural essay on the Ten Commandments here, or go straight to our new site: www.mosaicmagazine.com.

Come Swing with Me

In the last of our highlights, Aryeh Tepper introduces the jazz-fueled piyyut of the New Jerusalem Orchestra; first published June 17, 2010.  Rejoin us on Monday for Mosaic's inaugural essay: Leon Kass on the Ten Commandments.

Secularism and Its Discontents

Addressing a trend toward greater openness about sexuality in the Modern Orthodox community, Elli Fischer reminds us, in an article first published December 19, 2011, that Judaism has never treated sex as a taboo subject.

In another highlight from our archives, Benjamin Kerstein inquires into a revered writer's virulent hostility toward Judaism (December 13, 2010).

Christianity: Good for the Jews?

Examining the state of contemporary Christendom in an article first published January 5, 2012, Elliot Jager asks whether Jews have an interest in seeing Christianity thrive—and answers yes.

The Riddle of the Satmar

In this review of an adulatory biography of the Satmar rebbe, first published February 17, 2011, Allan Nadler considers Judaism's most traditional—and most alienated—community.

Among the highlights from our archives is this reflection on Herman Wouk's "plucky, unlucky" heroine Marjorie Morningstar by former editor Margot Lurie, first published October 18, 2010.

Where Does the Buck Stop? James Cartwright, Amos Yadlin, Atlantic. While its military capabilities enable the U.S. to be patient with Iran, for Israel the window for military action is rapidly closing.
"I Was a Nazi, and Here's Why" Helen Epstein, New Yorker. In 1963, Melita Maschmann published a memoir of her Nazi youth.  Fifty years later, she is remembered by her best childhood friend—and first victim.
Heaven on Earth Nathan Lopes Cardozo, Cardozo Academy. Jewish law rescues man from unrealistic dreams, replacing them with dreams that are viable.
Blowing the Whistle Moshe Simon-Shoshan, Torah Musings. According to respected Orthodox rabbis, the prohibition against reporting Jewish suspects to secular authorities rarely applies in the modern Western world.
Hiding before God Jonathan Sacks, Algemeiner. "The tallit [prayer shawl] hides the person we are and represents the person we would like to be, because in prayer we ask God to judge us, not for what we are, but for what we wish to be."
Thursday, May 30
Delegitimizing the Delegitimizers Anne Bayefsky, Jerusalem Post. "The poisonous role of the UN human rights world in demonizing and isolating Israel cannot be overestimated"; but it can be combated.
The World's Oldest Torah Scroll Agence France-Presse. A Torah scroll discovered in a Bologna archive was originally misidentified as a 17th-century manuscript; its true date has now been established as five centuries earlier.
Israel's Talmudic Turn Sid Slivko, Jewish Week. Educators reaching out to young secular Israelis in the hope of introducing them to the Talmud have discovered a willing audience.
Kindertransport Remembered Lucy Ward, Telegraph. This year, Britain marks the 75th anniversary of a mass evacuation of Jewish children from Nazi-occupied Europe.
Renaissance in Budapest Andrew Connelly, Helene Bienvenu, Christian Science Monitor. The anti-Semitic demagoguery peddled by Hungary's fascist Jobbik party has prompted fresh Jewish cultural and political engagement.
Wednesday, May 29
Bordering on Collapse Dore Gold, Israel Hayom. As a result of the Syrian civil war, Middle East borders that have lasted since the Sykes-Picot agreement of 1916 are on the verge of erasure—and the vultures are already circling.
Are the Settlements Illegal? Michael Curtis, American Thinker. The Geneva Convention provides no clear determination as to who has rights of sovereignty over the West Bank.
Matchmaker, Matchmaker Jodi Rudoren, New York Times. A new artificial-intelligence system, capable of 4.5 trillion calculations per second, is reconstructing 100,000 fragments from the Cairo Genizah.
No Compromise Ben Elton, ThinkJudaism. Accepting contemporary biblical scholarship amounts to "rejecting the attitude toward the Torah held by every Jew until Spinoza and every traditional Jew since."
The Two Sauls Clive Sinclair, Times Literary Supplement. Like his biblical namesake, Saul Bellow became a monster in his dotage, according to his son's memoir.  But in his writing, at least, Old Saul remained generous.
Tuesday, May 28
How Rational Is Iran? Steven David, American Interest. Saddam Hussein torched Kuwait's oil fields.  Bashar al-Assad has killed 70,000 of his own people.  Why assume that Iran's autocracy will act rationally?
Fear in France Clémence Boulouque, Tablet. Anti-Semitic attacks in France are becoming deadlier and more frequent, but the French public remains indifferent.
Waiting for Abbas Ehud Olmert, The Tower. "I completely gave up on having an Israeli presence in the Jordan Valley. . . . I proposed a compromise on sovereignty over the Temple Mount." (Interview by Avi Issacharoff)
Kafka on Trial Susanne Klingenstein, Weekly Standard. Two new books show how, and how not, to approach the work of Franz Kafka, now that there is little original left to say.
Lending Limits Gil Student, Torah Musings. By allowing loans to be reformulated as business deals, the Talmud circumvents the Torah’s prohibition on usury.  But there are limits to when this legal device should be used.
Friday, May 24
Kissinger the Jew Gil Troy, Tablet. “The outsider even as an insider, he endured the president’s anti-Semitic rants—and then endured the same contemptuous cries of ‘Jew-boy’ from harsh critics in Israel.”
Hamas Rampant Costanza Spocci, Eleanora Vio, Atlantic. A new law forbidding coed schools marks the latest victory in the terrorist organization’s campaign to impose its writ on all of Gaza’s institutions.
Hizballah Reeling? Phillip Smyth, Foreign Policy. Based on casualty reports from its own media, Hizballah is losing both young fighters and seasoned commanders in the Syrian civil war.
Lone Survivor Marc Pitzke, Spiegel. Refused entry into Palestine in 1942, set adrift by Turkey in the Black Sea, the Struma was torpedoed by a Soviet submarine, killing all 800 of its Jewish passengers—except one.
No Master Builder Michael Sorkin, Nation. A new book resurrects the notion that Nazi architect Albert Speer’s work has artistic merit. It doesn’t.

Download and print a compendium
of this week's features.
May 20 - May 31 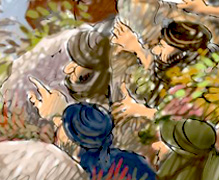 "Send men to scout the land"—and the mysterious word that's missing from that translation. (Click here for source sheet.) 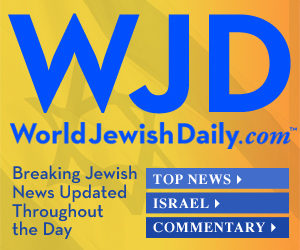 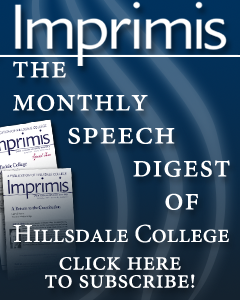 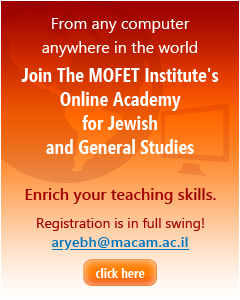